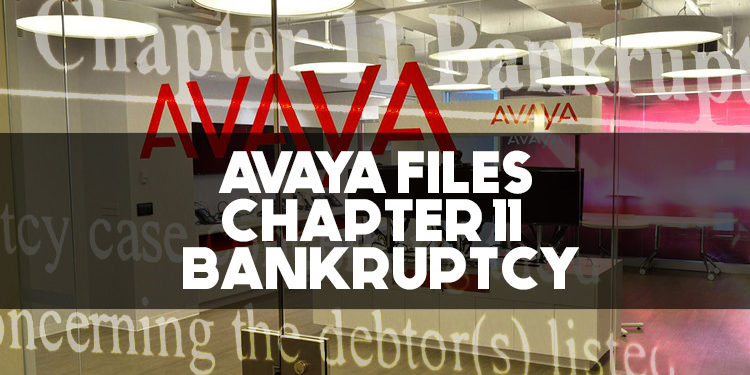 Avaya, after much anticipation, finally made it official by filing for Chapter 11 Bankruptcy.

Avaya is one of the recognized leaders in providing global solutions for customer and team engagement, business phone systems, unified communications, networking and a host of other telecommunications products.

The move was made in an effort to get out from under some massive debt. According to Avaya’s CEO, Kevin Kennedy:

“We have conducted an extensive review of alternatives to address Avaya’s capital structure, and we believe pursuing a restructuring through Chapter 11 is the best path forward at this time. Reducing the company’s current debt through the Chapter 11 process will best position all of Avaya’s businesses for future success”

Now what does that mean for all the Avaya customers and partners? According to Phil Edholm, President and Founder of PKE Consulting, which consults to end users and vendors in the communications and networking markets, the outlook is a bit cloudy, but not too gloomy:

“Considering all of this, what does the bankruptcy mean for Avaya customers? Clearly, the path forward is now very cloudy (pun intended). However, I do believe that, regardless of the bankruptcy’s outcome, the Avaya businesses will go forward in some form and customers can be assured that their investments will continue to be supported and useable.”

In fact it looks like only the US subsidiaries will be affected and it’s business as usual for the UK and the other foreign entities.

“If we hadn’t got a bankruptcy protection then that would have meant our operation was compromised.”

Avaya is hoping this will get them back on track. John Sullivan, CFA, VP and Corporate Treasurer, Avaya Inc. actually wrote an article addressing the move and how they arrived at chapter 11.

So even though this may look like it’s deja vu all over again, I’m thinking this time around, with the Nortel history as reference, Avaya should do fairly well after all the dust has settled.

And we are wishing them all the best.