The House of Representatives unanimously passed the Email Privacy Act, a bill that would reform ECPA ( Electronic Communications Privacy Act) were it to become law on Monday evening.

What is the ECPA and why does it need to be reformed?

In the beginning, ECPA protected Americans’ e-mail from warrantless surveillance — despite ECPA allowing the government to access e-mail without a court warrant if it was six months or older and stored on a third-party’s server. The tech world now refers to these servers as “the cloud,” and others just think of Hotmail, Yahoo Mail, Facebook and Gmail.

ECPA was adopted at a time when e-mail, for example, wasn’t stored on servers for a long time. Instead, e-mail was held there briefly before recipients downloaded it to their inbox on software running on their own computer.

During the Reagan administration, e-mail more than six months old was assumed abandoned, and that’s why the law allowed the government to get it without a warrant. At the time, there wasn’t much of any e-mail for the authorities to acquire because a consumer’s hard drive — not the cloud — hosted their inbox.

Now with the Email Privacy Act passed it should help to reform the most outdated elements of the ECPA.

In particular, it would newly require government agencies to obtain a warrant before seizing a criminal suspect’s online communications that are more than 180 days old. Under the ECPA’s existing logic, those older communications are considered abandoned, and thus not subject to a reasonable expectation of privacy.

The legislation would require authorities such as the U.S. Department of Justice and Securities and Exchange Commission to obtain a search warrant to access emails, data in cloud storage and other digital communications more than 180 days old.[4][5]

Under current law—the Electronic Communications Privacy Act (ECPA) of 1986—authorities can obtain such data by issuing an administrative subpoena to an Internet service provider, without the need to obtain judicial approval.[4][5][6] The Congressional Research Service reported in 2015 that: “In recent years, ECPA has faced increased criticism from both the tech and privacy communities that it has outlived its usefulness in the digital era and does not provide adequate privacy safeguards for individuals’ electronic communications. In light of these concerns, various reform bills have been introduced in the past several Congresses…”[7] 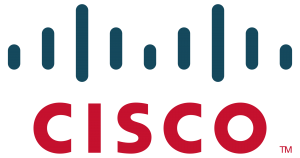 This bipartisan legislation would require the government to obtain a probable cause warrant before demanding access to customer data in the cloud. We firmly believe that data stored in the cloud must receive equivalent legal protections against search and seizure to those accorded physical papers and electronic data stored on premises.

Today the house took a major step forward. Technology has made incredible advances over the years and it was about time the privacy laws catch up.