Managing IT – One Way to Reduce Inconvenience and Cost 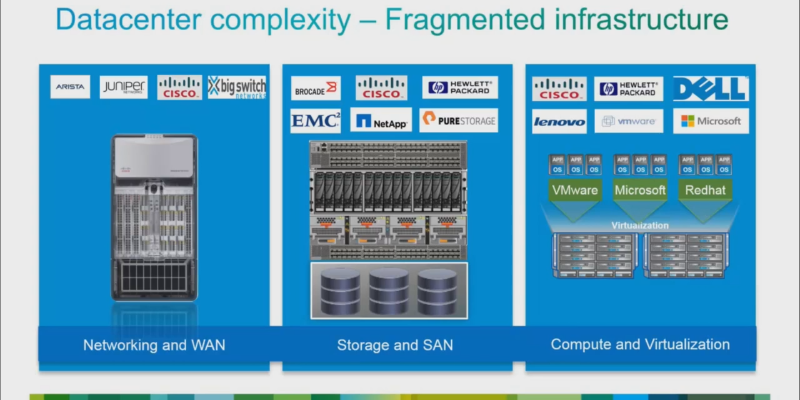 It’s probably safe to assume you know that managing information technology (IT) is a critical element of running a successful business.

When it comes to IT, one thing you might not be aware of is “hyperconvergence.”

In our fast-changing technological landscape, it’s not uncommon to encounter a word such as this and not be completely sure what it means. With many businesses implementing hyperconverged systems, let’s quickly understand what exactly it is.

During his time as Chief Technology Officer of UK-based VCE, Steve Chambers noticed that businesses were investing a significant amount of time, effort, and money into combining his company’s three products into what technologists call a “virtualization stack.” In other words, companies were buying computers, storage, and networking separately, then trying to bring it all together themselves.

Chambers helped introduce the term hyperconvergence to the industry in 2012, with the publication of The Infrastructure Continuum.

By combining the three products into one, he and his team thought they could provide better customer service while also making more money.

With hyperconvergence, IT departments purchase everything at once, saving the time and effort they originally put into combining everything. “In one server, you have network, compute, and storage, so it was hyperconverged, and that’s where the phrase came from,” says Chambers, who now serves as CTO of Viewyonder, a U.K.-based tech industry analyst.

IT teams consistently look for ways to simplify their infrastructure, not only to save money but also to make things easier for employees who always have overflowing to-do lists. Scott Lowe is CEO of ActualTech Media, an organization of industry experts who provide surveys, reports and blogs to IT professionals. He says hyperconverged products are a critical resource and by simplifying certain processes, professionals can concentrate on other areas that may have more importance.

“One of the primary goals of hyperconvergence is to eliminate the need for separate storage resources,” Lowe says. “

And we’re putting that storage into the server container and managing that as a single device rather than multiple devices that we then have to go through and connect together. It eliminates a lot of the complexity and cost in the data center environment.”

For businesses interested in switching to hyperconvergence solutions, Lowe advises looking at solutions holistically, choosing solutions that meet their needs while also being scalable.

Chambers says there’s generally a lower cost of entry to hyperconverged infrastructure compared to traditional configurations because you can make a smaller initial purchase and then grow it over time. If you’re able to fully replace your old equipment, you may eventually be able to save up to 60 percent of your prior infrastructure costs, he says.

Chambers recommends researching the pros and cons of each “HC” platform so you can nail down your specific IT needs. Nutanix, SimpliVity and the VCE/VMware divisions of DellEMC are considered top vendors in the space. Publications like Gartner’s Magic Quadrant for Integrated Systems provides detailed information about the outlook for the technology, as well as rating service providers.

Chambers has found one of the biggest obstacles IT departments face relates to budgeting. When everything is separate, companies budget separately for storage, network equipment, and computers. Prior to moving toward hyperconvergence, Chambers advises thinking carefully about procurement.

“It’s an organizational challenge because you’re moving to a new way of spending money,” Chambers says. “You’re going to need someone very senior who can control budgets and say, ‘This is how hyperconvergence works. We’re going to have to rearrange our IT finances.’”

Hyperconvergence solutions give IT departments the option of an all-in-one platform, which helps increase efficiency. When professionals can manage everything in one place, they can operate more productively, increasing the time they can put toward other efforts.

Source: One Way to Reduce Inconvenience and Cost of Managing IT

ShoreTel Looking to Recover Now that It Is Oversold, Can It?
March 2, 2017
Business Phone Systems
Phone Systems Resource Pages